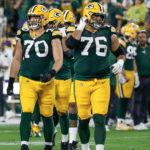 The Packers (5-1) host Washington (2-4) on Sunday in their last game at Lambeau until Nov. 14. If Green Bay is to win for the sixth consecutive week, here are the five keys to victory:


Washington’s defense might be ranked next to last in yards allowed, but ends Chase Young and Montez Sweat and tackles Daron Payne and Jonathan Allen comprise one of the most talented front fours in the league. The Packers’ offensive line, which will again be without center Josh Myers, must be able to hold up in order for Aaron Rodgers to take advantage of a secondary that’s surrendered at least 279 yards passing in all but one game this season.


Davante Adams averaged 15 targets in the four games prior to last Sunday. Against the Bears, the All-Pro wide receiver was thrown to only five times. He still caught four passes for 89 yards, and more importantly, the offense put up 24 points, 323 yards and controlled the ball for 33 minutes against one of the top defenses in the league by spreading the ball around. If Washington decides to take Adams away, Rodgers needs to once again let other players shine.


Taylor Heinicke, who stepped in for an injured Ryan Fitzpatrick in Week 1, is completing nearly 70% of his passes from a clean pocket. That number dips below 50% when he’s under pressure. Like most quarterbacks, especially backups, Heinicke is also far more likely to make a mistake when defenders are in his face. Washington’s starting tackles are just OK, and Pro Bowl guard Brandon Scherff is out, so the Packers’ pass rushers need to have a good day.

The run defense has been better this season, but watching Khalil Herbert, a third-stringer for the Bears, pick up 97 yards last week was disconcerting. The Packers struggled to get off blocks, and when they did, Herbert often carried tacklers for an extra three yards. Washington’s Antonio Gibson, who’s questionable with a shin injury, is a 220-pounder who doesn’t go down easily. If he plays, the D-linemen and linebackers will have to put on their big boy pants.

The Packers are coming off a physical and hard-earned victory over their division rivals last Sunday, and they have a prime-time game against the high-flying Cards on Thursday. It would be easy to overlook Washington, a team whose only wins came against the lowly Giants and Falcons this season. Matt LaFleur has done a great job of avoiding letdowns against inferior opponents in his two-plus years as head coach. He’ll be tested once again tomorrow. 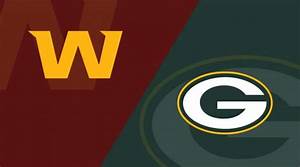 PREDICTION: With road games next against Arizona and Kansas City, it’s important for the Packers to take care of business at home on Sunday afternoon against a struggling opponent. Washington isn’t a good team, but coach Ron Rivera usually has them ready to compete. This game could be similar to Week 2 when the visiting Detroit Lions fought hard and kept things close into the second half.

The Packers are favored by 9.5 points, and that seems just about right. This game might not be quite as easy as people think, but the better team will win in the end.  GREEN BAY 32-24 (Season record: 3-3 straight-up; 1-4-1 vs. the spread)