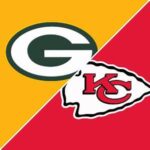 After rewatching Sunday’s game against the Kansas City Chiefs, here are 10 things worth knowing:

1) While Jordan Love did nothing in his first start to make the Packers feel confident in his ability to succeed Aaron Rodgers in 2022, he wasn’t nearly as bad as some will suggest. When given time in the pocket, the 23-year-old made some pretty nice throws, and he used his feet effectively to escape trouble. No question he didn’t perform well under pressure (5 of 15 for 75 yards), but he also wasn’t helped by a shoddy game plan. It also wasn’t his fault that two drives ended with no points because the field goal unit couldn’t snap, block or hold.

2) If A.J. Dillon were a bit lighter on his feet, he’d be Derrick Henry. The second-year running back from Boston College picked up 46 yards on eight carries against the Chiefs, and he came thisclose to busting at least two long runs. He also caught four passes – some of them on poorly thrown balls. It’s inexcusable that Dillon only touched the ball a dozen times against a defense that showed no ability to slow him down. In fact, the only person capable of stopping the 250-pounder was head coach and play-caller Matt LaFleur, who once again failed to commit to the run.

3) Just when Elgton Jenkins is really starting to settle in at left tackle, he’s going to move back to left guard to make way for David Bakhtiari, who’s expected to be activated off PUP later this week. The 25-year-old was outstanding on Sunday. He was powerful in the run game and kept pass rushers Frank Clark and Alex Okafor away from Love. And while Jenkins is already one of the top 10 interior offensive linemen in the league, I’m beginning to think his future is outside – either as a replacement for Billy Turner at right tackle in 2022 or for Bakhtiari in 2023. He’s just too good of a pass protector to spend the next eight to 10 years trapped in a phone booth.

4) The Chiefs would’ve blitzed like crazy no matter who was playing along the offensive line, but they wouldn’t have been nearly as successful if Bakhtiari was at left tackle, Jenkins at left guard, and Josh Myers at center. Instead, defensive coordinator Steve Spagnuolo attacked the soft middle of Jon Runyan Jr., Lucas Patrick, and Royce Newman. The latter two were particularly ineffective. Patrick was a lot better a year ago when he always had a Pro Bowler to one side, but his lack of athleticism has really been exposed playing between two first-year starters.

5) Dominique Dafney played well against the Chiefs. The versatile former Indiana State star, who lined up at tight end for all but one of his 25 snaps, was reliable as both a run blocker and a pass protector. And while the second-year pro didn’t catch any passes, he was open a few times, including on the very first play of the game when Love missed him on a bootleg. With Robert Tonyan out for the season, Dafney’s role on offense should continue to get bigger.

1) Krys Barnes played one of the best games of his young career on Sunday, and De’Vondre Campbell was also solid. Both inside linebackers were physical against the run, and Barnes, in particular, was good at wading through traffic and finding the ball. He did give up two receptions for 36 yards to tight end Travis Kelce and running back Jerick McKinnon, but to be fair, those players are tough match-ups for most safeties and plenty of corners. The much-improved play at this position is one of the biggest reasons the defense has been so solid despite all the key injuries. Hopefully, GM Brian Gutekunst is finally starting to realize just how important inside linebackers are in today’s NFL.

2) Forced to play a season-high 45 snaps due to injuries, rookie T.J. Slaton stepped up and looked like a legit NFL defensive lineman for the first time this season. The 340-pounder got off blocks better and even provided some push as a pass rusher. It’s all about technique with Slaton. In the game 10 days ago against Arizona, he played too tall and allowed smaller offensive linemen to get under his pads. On Sunday, his pad level was a lot better, and not coincidentally, so was his ability to hold his ground at the point of attack. Whether Slaton can repeat this every week remains to be seen. He couldn’t in college, and that’s why such a talented player wasn’t drafted until the fifth round.

3) Darnell Savage has been solid all season, but that’s not good enough for a player drafted 21st overall in 2019. On Sunday, he played like a first-round pick. The former Maryland star was all over the field. He was very active against the run, and he had two passes defensed. His 4.3 speed and improving instincts were invaluable against the dangerous Tyreek Hill (four catches for 37 yards), who got by corner Rasul Douglas a number of times only to find Savage in position to pick him up down the field. Adrian Amos wasn’t as flashy as his younger partner, but he also played well. At this point in the season, it’s fair to say the Packers have one of the premier safety duos in the league.

4) Kevin King returned from a sore shoulder, and he was a big reason why star quarterback Patrick Mahomes (20 of 37 for 166 yards) was so ineffective. The fifth-year corner gave up only three receptions for 21 yards. King has now put together two really strong games in a row – albeit separated by a month due to the injury. He was also physical against the run. If the former Washington star can stay healthy and keep playing at this level, the Packers’ secondary should continue to make life difficult for opposing quarterbacks – even while Jaire Alexander remains out.

1) It’s always risky for a team to change long snappers in midseason – even more so when a change of holders occurred just two months earlier. Neither Steven Wirtel nor Corey Bojorquez did their jobs well enough on Sunday, and the result was two missed field goals by Mason Crosby. The second was blocked because backup offensive tackle Dennis Kelly allowed too much penetration. Throw in a muff by returner Amari Rodgers and Malik Taylor allowing a punted ball to hit his foot, and it was a comedy of errors on special teams. Nobody was laughing, especially rookie coordinator Maurice Drayton, who talks a good game but appears to be in over his head.

On the first missed field goal, Bojorquez fails to spin the laces away from Crosby’s foot. Given another chance a few minutes later, Bojorquez makes the exact same mistake again. And this time, the blocking also breaks down when Kelly (#79) falls to the ground and allows Alex Okafor (#97) to get too much penetration. As for Wirtel, while both of his snaps were accurate, quality snappers can deliver the ball with the laces already facing away.

FINAL THOUGHTS: What makes this loss so disappointing is that the Packers were clearly the better team on Sunday – even without seven starters, including the reigning league MVP. But horrendous play on special teams couldn’t be overcome with a first-time starter at quarterback. Still, there’s a lot to feel good about. The offense will be back to itself once Rodgers returns, and for the first time in what feels like forever, the defense appears to be legitimate. If the mess on special teams can somehow be cleaned up between now and January and the injury situation improves, the Packers will have as good a chance as any team to be hoisting the Lombardi Trophy in 97 days.

One more thing on LaFleur. He’ll rightfully be criticized for not having a good game, but it’s important to keep things in perspective. On a day he lost by six on the road against the defending AFC champions with a first-time starter at QB, San Francisco’s Kyle Shanahan lost by 14 to an Arizona team led by Colt McCoy; LA’s Sean McVay lost by 12 at home to a Tennessee team missing its best player (Henry), and Buffalo’s Sean McDermott lost to the Jaguars. Dallas’ Mike McCarthy and New Orleans’ Sean Payton – a pair of Super Bowl winners – also had days to forget.