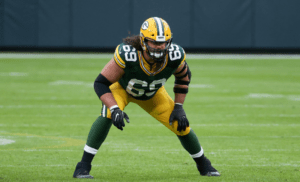 It’s been quite a week for quarterback Aaron Rodgers. Who would’ve thought the man who so capably hosted Jeopardy would be ridiculed by everyone from NBA Hall of Famer Kareem Abdul-Jabbar to shock jock Howard Stern just seven months later? For a person who loves to read, Rodgers must’ve missed the quote from legendary writer […]