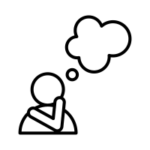 There are now 14 teams in the playoffs and a wild card game on Monday night. This isn’t surprising coming from a league that can never make enough money. Honestly, the only surprise is that the owners haven’t figured out a way to have games on every day of the week. Anyway, here are a few Packers-related thoughts that ran through my mind recently:

1) As four franchises search for new general managers, over a dozen personnel executives from 10 playoff teams have been or will soon be interviewed. Surprisingly, there’s yet to be a request made to speak with any of Brian Gutekunst’s top lieutenants. Then again, maybe it’s not so surprising. Despite a combined 80 years worth of experience, director of football operations Milt Hendrickson, co-directors of player personnel Jon-Eric Sullivan and John Wojciechowski, and director of college scouting Matt Malaspina have never interviewed for a single GM opening. Not sure what that says about their reputations around the league, but it’s a far cry from the days when former Packers personnel executives Scot McCloughan, John Schneider, John Dorsey, and Reggie McKenzie seemed to be in the mix for almost every available job.

2) I know there’s a formula for compensatory picks, but it seems ridiculous that the Packers will likely receive only a fourth-round pick for Corey Linsley, who joined the Chargers after last season. Not only did the veteran center sign a lucrative contract ($62.5 million over five seasons), but he was just named second-team All-Pro. There’s something wrong with the formula being used to assign picks if that’s not enough to get Green Bay the maximum compensation. Then again, the way Gutekunst has drafted in the third round the past four years (inside linebacker Oren Burks, tight end Jace Sternberger, fullback Josiah Deguara, and wide receiver Amari Rodgers), maybe the league is doing the Packers a favor.

3) Would Matt LaFleur be interested in hiring the suddenly very available Vic Fangio to coordinate the “Vic Fangio defense” in 2022? My guess is no, for two reasons. The first is that Joe Barry has done a pretty good job in his first season, and barring a collapse in the playoffs, there would seem to be no justification in removing him (of course, he could always be “promoted” to assistant head coach). But the bigger reason I don’t see Fangio in Green Bay has nothing to do with Barry. While I don’t know this for a fact, LaFleur seems to be a coach who wants to surround himself with coordinators he’s comfortable with and who are willing to listen to his opinions. I never got the sense he had that kind of relationship with Mike Pettine, who was let go after last season. It’s hard for me to imagine LaFleur shooting the shit with Fangio, and it’s even harder to imagine the gruff 63-year-old being receptive to LaFleur’s ideas on how to play defense.

One thought on “Monday Musings: No Interviews”