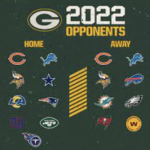 The 2022 NFL schedule was just released, so get ready for people who can’t predict games 24 hours in advance to spend the next few days predicting games four, five, and six months in advance. Instead of doing something so ridiculous, here are 10 things to know about the schedule:

1) For what it’s worth, the Packers’ strength of schedule ranks only 22nd in the league. While it means very little in the middle of May, the reason is that the NFC North and the NFC East were home to a lot of really bad teams last season, and 10 of Green Bay’s games are against opponents from those two divisions.

4) LaFleur will see some familiar faces on the opposing sideline in Weeks 1 and 2. Ex-Green Bay assistants Mike Pettine and Mike Smith are on Kevin O’Connell’s staff in Minnesota, and Luke Getsy and Tim Zetts are on Matt Eberflus’ staff in Chicago.

5) The Packers could’ve taken their bye after the London game on Oct. 9 but preferred their week off to be later. So Green Bay will play the Giants at Tottenham Hotspur Stadium and the Jets at Lambeau seven days later. The bye will be Week 14.

6) The Packers will play three straight road games for the first time since 2017. They’ll face Washington, Buffalo, and Detroit in Weeks 7, 8, and 9. Green Bay also plays three straight home games, but that’s only if you consider London to be home.

7) Dallas coach Mike McCarthy comes to Green Bay in Week 10. He’ll return to Lambeau for the first time since being fired by the Packers after losing to Arizona on Dec. 2, 2018. Hopefully, fans will give McCarthy the warm reception he deserves.

8) It’s hard to blame the Packers for thinking Scrooge is in charge of the schedule. They’ll be playing on Christmas Day for the second straight season. They beat Cleveland at Lambeau last year and will travel to Miami this December. Ho ho ho.

9) Three of the Packers’ final four games will be at Lambeau, including a Monday night game against the Super Bowl champion Rams in Week 15 (Dec. 19). The average temp in Green Bay in the past six years on that particular evening was 27. 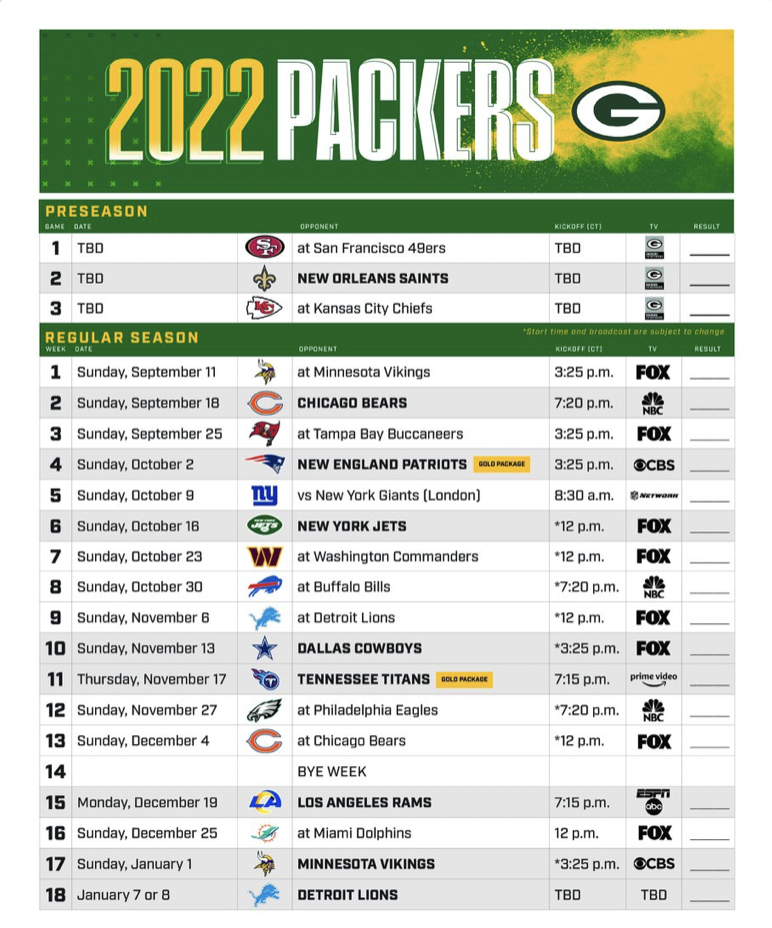