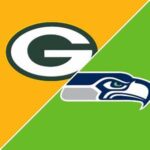 After rewatching Sunday’s game against the Seattle Seahawks, here are 10 things worth knowing:

1) Aaron Rodgers played like a quarterback coming off a bout with COVID who didn’t practice for a couple of weeks. He was unusually inaccurate and underthrew a few passes, including a 41-yard completion to Marquez Valdes-Scantling that should’ve been a touchdown. Rodgers’ ill-advised interception in the end zone also cost Green Bay points. To be fair, receivers dropped three balls on a cold day, and the reigning league MVP did lead a pair of very long scoring drives in the fourth quarter to seal the victory. So while Sunday was far from vintage Rodgers, it’s important to note he was still the best QB on the field for the eighth time in nine games.

2) With tight end Robert Tonyan out for the rest of the season, the Packers are counting on Allen Lazard to step up and help fill the void. That certainly didn’t happen on Sunday. The fourth-year wide receiver played poorly for the second week in a row. He failed to catch a pair of well-thrown balls and struggled in the run game. While the shaky hands were probably a fluke, the inconsistent blocking has been a disturbing trend recently. Lazard needs to play a lot better to justify his high number of snaps. On Sunday, he was on the field more frequently than A.J. Dillon.

3) Speaking of players not stepping up, Josiah Deguara had another afternoon to forget. The second-year tight end struggled as a blocker and once again drew the ire of Rodgers by apparently screwing up an assignment. A player as limited athletically as Deguara simply can’t make mental mistakes. The former Cincinnati star did catch a couple of passes, but they produced only nine yards. If Deguara doesn’t pick things up in a hurry, he’s going to find himself on the bench watching Dominique Dafney and recently signed Tyler Davis, who outplayed him on Sunday.

Here’s the play that got Deguara (#81) in trouble with his quarterback. The young tight end seems confused as he stumbles around at the 35-yard-line.


4) Randall Cobb played a season-high 50 snaps on Sunday, and that’s too many for an undersized 31-year-old wide receiver who’s clearly lost a step. The former Pro Bowler still runs precise routes, but he struggled to get separation against Ugo Amadi, the Seahawks’ below-average nickel corner. He was also a liability as a blocker. Cobb was averaging about 30 snaps in the four games prior to Tonyan’s injury in Week 8, and that’s closer to the right number. Unfortunately, that’s simply not feasible unless Deguara or someone else emerges in the coming weeks.

5) Once All-Pro David Bakhtiari returns to left tackle – most likely within the next two weeks – either Lucas Patrick, Jon Runyan, or Royce Newman will be forced to the bench. Newman was the obvious choice going into Sunday, but the rookie right guard might’ve played well enough against the Seahawks to save his job. While the former Ole Miss star had a few hiccups in protection, none were egregious, and his run blocking was very good. Patrick and Runyan played OK, but the guess here is that Newman will remain in the starting lineup for at least another game.

1) All things considered, Preston Smith might’ve played his best game of the season on Sunday. With both Rashan Gary and Whitney Mercilus forced to leave early with injuries, the veteran outside linebacker was on the field for 87% of the snaps. And while he’s had better days against the run, he did a terrific job as a pass rusher. Not only did the former Mississippi State star create plenty of pressure, but his disciplined approach kept Russell Wilson from scrambling through open lanes. It was also interesting to see Smith used multiple times at tackle in sub-packages.

2) Kenny Clark got pushed around more than usual at the point of attack, but he caused all kinds of havoc as a pass rusher. The Pro Bowl nose tackle, who was credited with eight hurries, was simply too strong for young left guard Damien Lewis and too quick for veteran right guard Gabe Jackson. Because of all the injuries on defense, Clark was on the field for 49 snaps on Sunday – about his average for the season. That’s a pretty high number for a player who’s constantly asked to take on double and even triple teams, but the 26-year-old is holding up just fine.

This play won’t show up on the stat sheet, but the interior pressure applied by Clark (#97), along with Gary (#52), kept this flea-flicker from working.

3) Safties Darnell Savage and especially Adrian Amos were standouts on Sunday. Savage, who’s beginning to look more like former Packers’ great Nick Collins with each passing week, used his blazing speed and ever-improving instincts to help contain dangerous wide receiver Tyler Lockett down the field. Amos had his hands on three balls, including the pass he intercepted in the end zone. Not only are Savage and Amos playing at a very high level, but they’re a big reason why backups Henry Black and Rasul Douglas are more than holding their own on a weekly basis.

4) Rookie Eric Stokes not only pitched a shutout (no catches allowed on 5 targets), but he looked good doing it. The No. 1 pick from Georgia used his world-class speed to stick with receivers down the field, and even more impressively, he stayed in Lockett’s hip pocket in short areas. Secondary coach Jerry Gray has done a great job with his star pupil, whose technique is much better than it was in college. Stokes is already a frontrunner for a spot on the All-Rookie team. If he keeps improving at this rate, even bigger honors will be in his not too distant future.

5) It was interesting but not really surprising that Kevin King played only 20 snaps on Sunday. The defensive staff felt more comfortable using the bigger and more physical Douglas on DK Metcalf. Still, King wound up doing just fine against the 6-foot-4, 235-pound wide receiver. Since returning from a shoulder injury a few weeks ago, the former Washington star is playing some of the best football of his NFL career. If King can stay healthy and Jaire Alexander returns next month, the Packers will head into January stronger than they’ve been at corner in over a decade.

FINAL THOUGHTS: It wasn’t a thing of beauty, but the Packers beat the Seahawks by 17 points despite ending the contest without eight starters (Alexander, Bakhtiari, Gary, Tonyan, Aaron Jones, Kingsley Keke, Josh Myers, and Za’Darius Smith) and two key backups (Dominique Dafney and Whitney Mercilus). The resiliency of this team has been truly remarkable, and that admirable trait will continue to be tested. The majority of those 10 players won’t be available when Green Bay travels to Minnesota on Sunday and then hosts the Rams prior to the bye in Week 13.