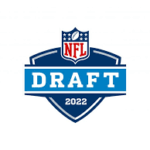 Brian Gutekunst has conducted only four drafts as GM of the Packers, but looking back on past Aprils, he does seem to have a specific type on each of the three days. Based on that history, we can at least make an educated guess as to which players might interest him on Thursday, Friday, and Saturday.

All four of the non-quarterbacks Mike Mamula’d the NFL Combine (click on the link if you need to look it up). They ran faster and/or jumped higher than at least 90 percent of the players at their respective positions. Based on that criteria, here are some of the workout warriors who could be of interest to the Packers if they keep their selections at Nos. 22 and 28:

WR Christian Watson (North Dakota St.) – Very raw, but there aren’t many receivers who stand 6-foot-4 and run in the 4.3s.

TE Trey McBride (Colorado St.) – Could sneak into the first round thanks to 4.56 speed and the dearth of talent at this position.

OT Trevor Penning (Northern Iowa) – Physical player who probably won’t make it to 22 after running under 4.9 at 325 pounds.

OT Bernhard Raimann (Central Michigan) – Former tight end has good feet, but he could slip out of round 1 due to his age (25).

OT Tyler Smith (Tulsa) – Might not be ready to start for a year or two, but his ceiling is as high as any O-lineman in the draft.

DL Logan Hall (Houston) – Projects as a high-end starting 5-technique, and there are very few of them in this or any draft.

DL Devonte Wyatt (Georgia) – Overshadowed at Georgia, but he stole the spotlight at the Combine by running 4.77 at 305 pounds.

ED Boye Mafe (Minnesota) – Flashes Rashan Gary-type skills at times, but he needs to be more consistent from down to down.

LB Quay Walker (Georgia) – Still raw, but he’s a 3-down linebacker whose skill set will remind you of DeVondre Campbell.

CB Kaiir Elam (Florida) – Needs to work on technique, but his mix of size, speed, and physicality could sneak him into round 1.

DB Lewis Cine (Georgia) – Very physical player whose stock began to skyrocket after he ran a surprising 4.35 at the Combine.

DB Dax Hill (Michigan) – Probably a slightly better prospect than Darnell Savage, who went 21st overall to the Packers in 2019.

If Gutekunst had a tendency to go for the head cheerleader in round 1 of his first four drafts, he mostly had eyes for the debate team captain in rounds 2 and 3. Jackson, Jenkins, Sternberger, Deguara, Myers, and Rodgers certainly didn’t wow anybody at their respective Combines and/or pro days, but all six players enjoyed very productive final seasons in college. Based on that criteria, here are some of the players who could find themselves on Gutekunst’s radar come Friday night:

RB Isaiah Spiller (Texas A&M) – Similar to Jamaal Williams in that he does everything pretty well, but there’s no wow factor.

WR John Metchie III (Alabama) – Not real flashy, but he’ll enjoy a better career than some of the receivers picked higher.

WR Jalen Tolbert (South Alabama) – Has the versatility to line up either outside or in the slot, and he plays faster than 4.53.

TE Greg Dulcich (UCLA) – Similar to Robert Tonyan, but he blocks a little better and is more of a threat down the field.

OT Nicholas Petit-Frere (Ohio St.) – Terrible game vs. Michigan dropped his stock, but he should be a solid starter at right tackle.

OL Sean Rhyan (UCLA) – Physical player who started at left tackle, but he projects to right tackle or guard at the next level.

ED Cameron Thomas (San Diego St.) – Not the greatest athlete in the world, but he plays hard and finds a way to be productive.


DL Zach Carter (Florida) – Probably won’t be a star at the next level, but he should be a solid starting 5-technique in a 3-4.

CB Roger McCreary (Auburn) – Not a great athlete, but he’s a physical player who should settle in as a solid No. 2 in the NFL

CB Damarri Mathis (Pittsburgh) – Not sure if he’s a corner or safety at the next level, but he’s competitive and very fast (4.39).

DB Kerby Joseph (Illinois) – Played some at wide receiver before focusing on defense last season, and he kept getting better.

Of the 15 non-offensive linemen selected by Gutekunst on day 3, 10 ran 40s that were faster than the average at their positions (inside linebacker Kamal Martin was recovering from knee surgery and couldn’t run at the Combine or his pro day). In fact, most ran times that were much faster. Moore, Williams, Garvin, Jean-Charles, and Hill were the lone exceptions. Based on that criteria, here are some very speedy players who could find themselves Packers by the end of Saturday:

3 thoughts on “Gutey’s Got A Type”